A couple weeks ago, Bezier Games, finally announced the publication of my game, Whistle Stop, a tile-laying, pick-up-and-deliver train game, which will be released at GenCon this year.

For those who read the League of Gamemakers, you may have wondered what “Secret Game X” is that I’ve mentioned in several posts. Wonder no more, but it’s been a long winding journey for Whistle Stop, much of it captured here on this blog.

Stepping Into the Big Leagues at Essen

I brought four games to pitch at Essen in 2012 and back then, Whistle Stop was called Zamindar, about traders in India who brought tributes to different Indian rulers. The game featured twisty paths as players attempted to make routes to gain the right goods.

I pitched the game to three publishers, including Lookout Games, who seemed the most interested of the three. According to my contact, Zamindar made it the “finals” in Nuremberg where they considered the best prototypes they received. My prototype didn’t get picked. Lookout didn’t think there was enough to do in the game and they worried there might be a dominant strategy problem.

Fast forward to my first Protospiel in May 2014 hosted by Game Kastle in Santa Clara. In this post, I talk about the importance of making connections in order to get published:

Getting Published Through the Back Door

I had met Ted and Toni Alspach, owners of Bezier Games, over a number of years at a local convention, and so I felt comfortable approaching them to take a look at my game. In the time since the Essen pitches, I had beefed up the game considerably, adding new majority scoring for towns and several new special tiles to really mix up the strategy. The playtest and pitch went well, and Ted asked to publish the game, though he had a very different theme in mind–Western trains!

Thus began a period of intense playtesting and refinement, including an international playtest in London in early 2015 which I document in my post:

Pints and Pawns: Playtesting with London on Board

Since Ted had taken the game, the tiles changed from squares to rectangles to hexagons with the number of twisty paths being reduced slightly. The playtest in London seemed successful and the game seemed to be on the right path, or so I thought.

Only a few months later in 2015, Ted and I took the game to the Yahoo Game Night for a “blind playtest” in which I participated but didn’t identify myself as the designer. It ended up being a total roast which I document in this post:

I Survived My Worst Playtest Ever and So Can You 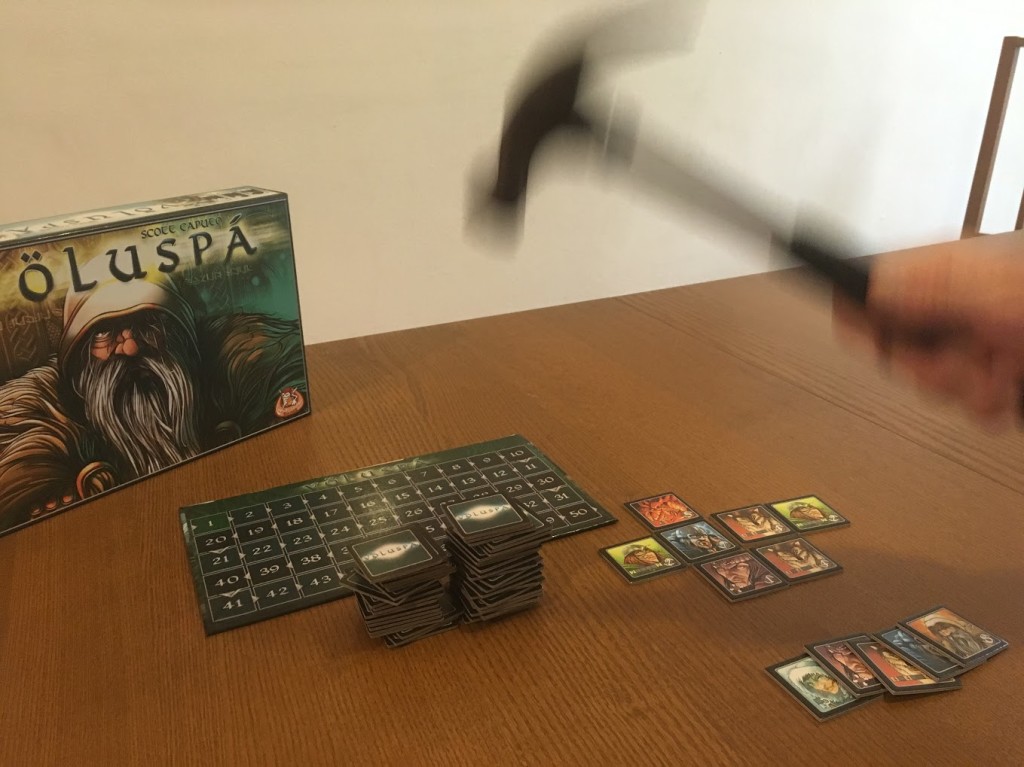 I must credit Ted with his patience and faith in the game, and I have to give myself credit for coming back after what seemed like a potential knockout blow for the game. But I went to work and thought about every piece of feedback I had ever received and focused on how I could really turn the game around.

Over the next year, my game did get a lot better as I increased the amount of player control and choice. I couldn’t get blinded by artificial time limits or personal fatigue as I mention in this post:

The Best Game I Ever Designed
My game was only done when playtesters wanted to buy the game as soon as we were done playing. I have to give a big thank you to fellow Leaguer, Teale Fristoe, for a key suggestion that really turned the tile-laying from a forced maneuver into meaningful path building. I thought we might finally be done, but Ted was determined that the game needed yet another push.

One piece of advice I love from another League article by JR Honeycutt, is that the last thing you add to a design is often the best:

Five Things I Learned While Developing Seafall
Ted was pushing for even more player options and uses for resources. Ted’s brainstorms spurred some brand new ideas in me which ended becoming Upgrades. These are special actions/abilities players can purchase during the game which add a ton of flavor and new strategy to the game. The Upgrades seemed to take the game to yet another level and the best part is that every game will have a different set of possible Upgrades to buy.

As I neared the finished line with Whistle Stop, I started working on new heavier game with Luke Laurie and some of his design philosophy started to rub off on me. Working on two heavier games at the same time was exhausting, but also incredibly helpful as I honed in on final balance and flow issues in Whistle Stop and in the new game as I describe in this post: 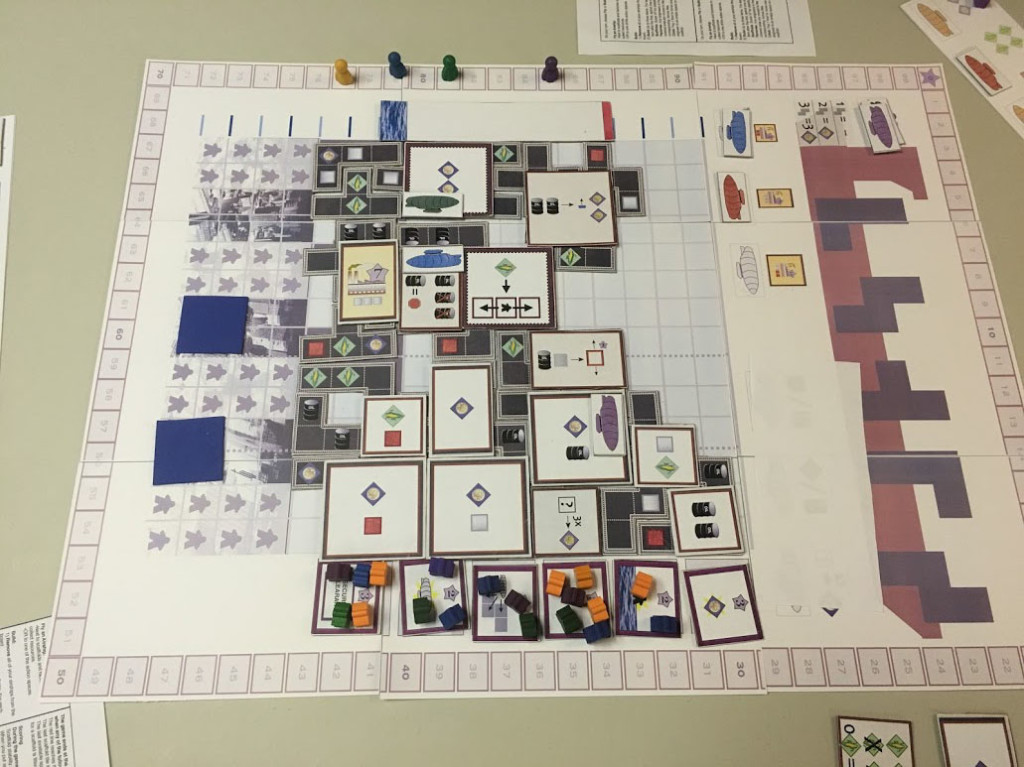 Btw, Ted and I did have another “blind playtest” in 2016 and this one went great. No more roasts. 5 years later, Whistle Stop, is finally arriving and I couldn’t be prouder.