In Part 1 of this series, I explored the nature of volatility and tips on how to add volatility to your game without turning players off. In Part 2, I want to explore how to maintain the same volatility in a game even as the player count increases.

This measure of volatility will let us know how “swingy” the final score of a game is likely to be with different player counts.

Let’s take another look at the popular game, Carcassonne, which can be played by 2-6 players. How does the volatility of the point differential change from 2 to 6 players in Carcassonne?

I would wager that the volatility decreases. Here are the reasons why.

Below is a simple model for a Carcassonne game. I just made up a value for the total points (100) and 88 is the number of tiles in the base game plus the river tiles. But the idea is that both of those values are fixed for all player counts. I chose 20% as the skill difference between the first and last player, but changing this percentage doesn’t change the overall conclusion that the standard deviation decreases with more players.

Now, if you own both Dominion and Dominion Intrigue, the easy solution is to pool your Province cards together and play with 16 Province cards in a 4 player game. It will increase the game length, but the volatility of the game will remain the same between 3 and 4 players.

One thing I should emphasize is that volatility is only one characteristic of a game. There is no one perfect volatility for all games, and higher volatility is not always better. However, many times it may be important to a game designer that the game feel the same for all player counts and volatility could definitely vary widely depending on the number of players.

So, what is a game designer to do if they want to keep the same volatility experience for all player counts? Here are two solutions.

This is the most straightforward way to maintain the same volatility across all player counts. Many games do this, but not all, and maybe it’s because of worries the game will take too long. That’s a valid concern.

A game like El Grande uses a novel twist on this solution by increasing the number of scoring opportunities as the player count increases. In El Grande, there are 3 main scoring phases, but 1/3 of the action cards in the game are Special Scoring cards which lets one or more players score points. With more players, more and more of these Special Scoring action cards come into play which effectively increases the total possible points as the player count increases. 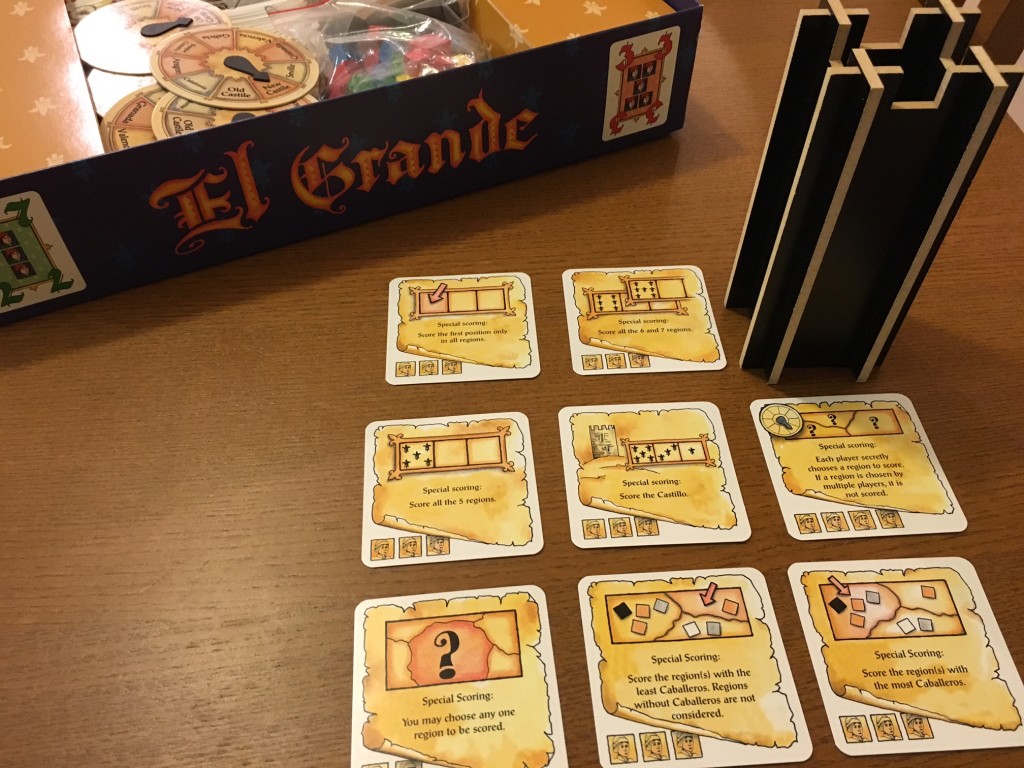 As a general rule, as you increase the number of players, you should also increase the total possible points and/or the number of scoring opportunities; otherwise, the game play experience will become more flat with more players.

The beautiful thing about poker is that the volatility of the game stays the same even with more players; in fact, the player’s perception is that the volatility increases with more players. This is because each player adds their initial buy-in to the pool of possible winnings and the pot mechanism leads to temporary player elimination allowing one person to win a large amount on one turn. Many board games utilize the “poker pot” mechanic such as Taj Mahal and Incan Gold, but I would like to take a closer look at Incan Gold.

If you have ever played Incan Gold, you know the best feeling is to be the last person in the cave since any treasure card revealed is all yours. As you can see from the chart below, the standard deviation of the treasure deck changes dramatically depending on the number of players still in the cave:

The key idea behind this table is whether you are playing 2 players, 4 players or 8 players, every player has a chance at the highest standard deviation if they are the last player left in the cave. The potential jackpot for this player can be huge especially if they know the remaining treasure cards in the deck are still the big ones.

To tie in some ideas from my first article, Incan Gold allows players to really choose the volatility of their strategy. Some players like to grab a little treasure and then go back to camp, playing it safe. Other players like to keep going in the cave even when the odds are seemingly against them.

After seeing 6 cards, the odds of getting a second matching obstacle vary a lot based on how many obstacles have been seen so far:

To summarize the pot mechanic:

Do you have other ideas for how to maintain your game’s volatility experience as you increase the player count? Please share in the comments. I’d love to hear your perspective.