Go Big Or Go Home: Running an Awesome Event at a Con

Ever wondered about what it takes to run a big event for your game? With less than a week before our big $500 cash prize tournament happens at Pacificon, it’s the only thing on my mind, so I figure it’s the easiest thing to talk about. 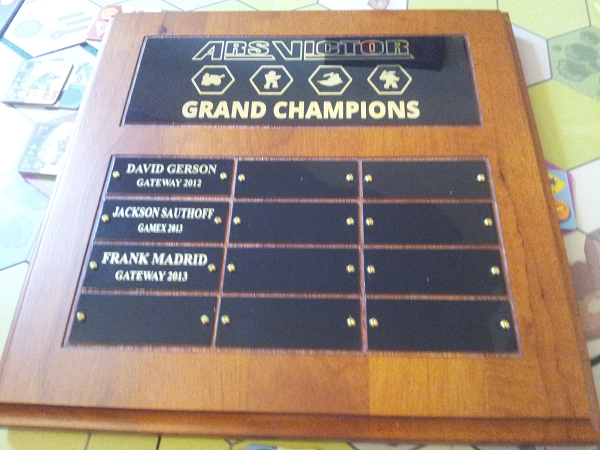 A couple of years ago, I started what has now become a grand tradition of annual cash prize tournaments for my first title, Ars Victor. It’s designed from the ground up as a competitive game, with a heavy emphasis on strategy and army building. I wanted to showcase this in an appropriate environment, so instead of waiting for players to start a competitive scene, I gave it a little jump start. 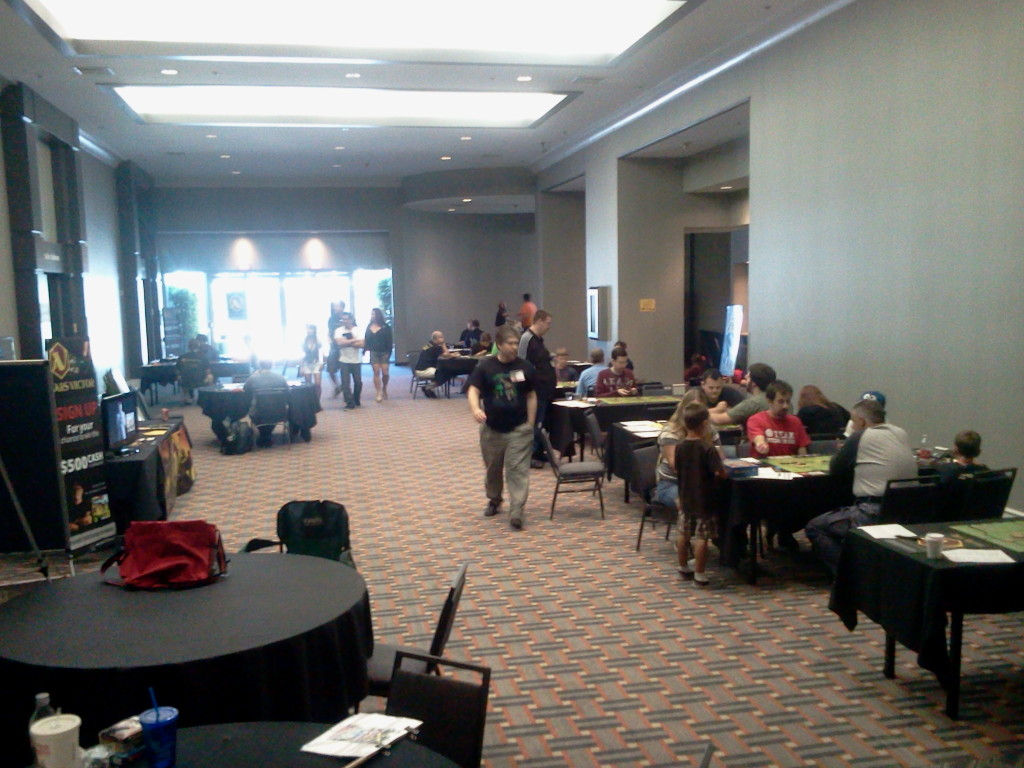 For these tournaments, we team up with a local game convention and run our tournament as part of their con. We run three days of open play on around ten tables with an average of six crew members. We usually get around a hundred players over the course of the weekend. We’ve run three of these events so far, and learned a lot about what works and what doesn’t. Some of this is obvious to those who have run events before, but some of it is unique to gaming events.

Spread the word! Pump your social media channels with news and updates about the event. Let the appropriate news sites know about it. Not all of them are going to cover it, but some are.

There are a lot of cool promotional materials that you can get that don’t cost a lot of money. Some of the things we’ve done are:

Make sure you structure your event so that everyone has fun, no matter what their skill level!

For Ars Victor, I learned that cash prize tourneys have something of a bad rap. A recent discussion on BGG brought up a number of things that people don’t like about cash prize tournaments: bad sportsmanship, stress, and arguments about rules. To counteract this, we’ve focused on:

Start a “pack list” as soon as you start thinking about running your event. This is a “no duh” for anyone who’s ever run an event, but it bears mentioning for those who haven’t.

A pack list contains everything you think you might need. Start building it weeks in advance, before you start stressing about the event. You’re going to be creative and inspired a month or so beforehand. If you wait until the week of the event, you’re going to be stressed. Your pack list should include things like:

Even with a relatively small crew, it’s really nice to have a crew schedule. This is good not just for letting your team know where they need to be, but it keeps them informed of everyone else’s whereabouts.

NICE is more important than EXPERT. Yes, your crew should know how to play the game. Yes, it’s good to have knowledgeable people who know the ins and outs of every part of your game. But presumably, YOU will be there, so you’ve got that covered. What you really need are friendly people who are going to enjoy helping out newbies. 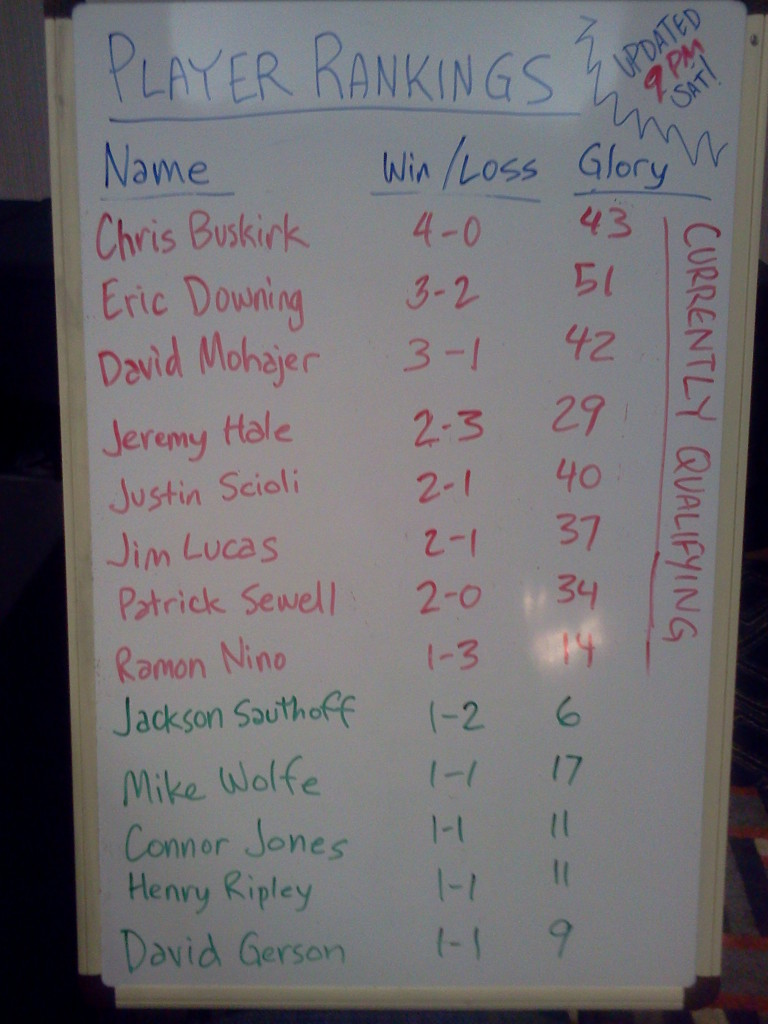 This was a hard one for me to figure out, because it’s different from non-gaming events.

Most folks at game cons are sitting at tables, intent on the games they’ve come to play. I respect that, and I did *not* want to disrespect anyone by walking up to tables and interrupting their game. I developed a routine for “low-impact table cruising”:

If you can produce a video tutorial and bring the hardware, this is one of the most helpful things we’ve done for the grand tournament.

For $100-200, you can get a little hardware that lets you run a video tutorial in the middle of a huge, noisy space:

And voila! For only a couple hundred in cash outlay, you can have a travelling video tutorial!

Most Important: Have Fun

It’s a lot of work to prepare for an event like this, but if you do the work, it’s worth it: it lets you actually ENJOY the event! To attendees, that makes all the difference. As Patron said: “A pint of sweat will save a gallon of blood.”