Books, Games and Movies; The Value of Entertainment

What makes a game worth more than a book or a movie?

Humans like to get more bang for the buck. It’s just the way we think. What’s the relative value of that $1 Snickers over the $4 bag of Cheetos? Is it worth it to get the warrantee on your tires if you live on a dirt road? (answer; yes) Should you buy the book, The Martian, or see the movie, or play a game about colonizing and Terraforming Mars?

Should be pretty obvious to a gamer. Paperback book; $10 nowadays. One or two days of unmitigated reading pleasure, then donated to the library. A movie; $20-25 for 2 hours of sensory stimulation, but basically a one-way action, where you aren’t really participating in the event, much like the book. But it’s only really good once. Read it or watch it a second time, it’s the same story.

But a game? Maybe I’m preaching to the choir here, but games are a bargain. For $20-100, you can get a really immersive experience, living out an adventure in the thematic world that the game has created, socializing with (and crushing) your best friends, exploring the different options and directions that the game offers in its rules set. Your plans and interactions change every time you play. It’s like reading a novel and having the plot subtly change each time you read it. Or a movie with a dozen different endings. With a good game, I can easily get a dozen plays out of it before it starts wearing on me a little bit, if it’s got multiple vectors to success, and a theme that sparks my imagination. That’s 12-24 hours of pleasurable socializing (and smack-talk) with my close friends. Sure, it costs more than a movie or a book, but it isn’t a mindless spectator sport, and it lasts a lot longer.

There’s obviously a bigger initial time investment; someone has to read the rules and then teach them to everyone else, but that’s well worth it. There’s the initial excitement of introducing your friends to a new world, like having a teleportation booth in your house and inviting your buddies over to explore a new planet each week.

Case in point might be the aforementioned Terraforming Mars. And I’d discuss that here if I’d played it before. It looks interesting (it’s on my “to buy” list). There are lots of immersive games, some based on the Cthulhu mythos, like Mansions of Madness, or Jeff Siadek’s Battlestations, where you crew a starship through a variety of unique adventures. The one I’d like to use as an example today is Manhattan Project, Energy Empire, in part because I helped design it. And it’s on Kickstarter right now, so I get to tell you a few things about it. Dual purpose! 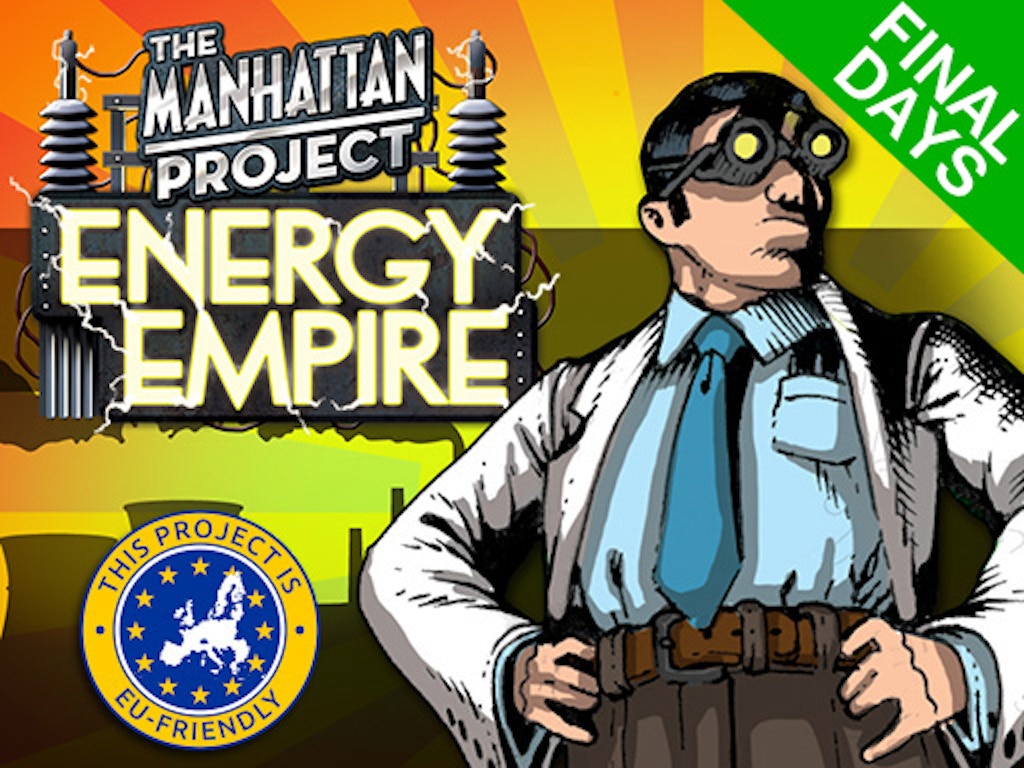 Luke Laurie and I co-designed this game. He had most of the core of the game put together before I ever saw it, but I fell in love with it the first time I played it. It’s all about putting together an energy empire (coal, solar, nuclear, oil, and hydroelectric) while using your “profits” to buy up industries, invest in commerce, perform scientific research, and deal with pollution. These functions have all been idealized and abstracted into icons and resource cubes and meeples, but the fact is, the game is different each time I’ve played it. Unlike some games, this one encourages me to explore different tactical paths. So after countless games, I’m still trying out interesting strategic tweaks (initially to try to break the game with pure strategies in the early stages of design, but now, just struggling to win). Manhattan Project: Energy Empire is a worker placement, resource management, engine-building Euro-style game. If you like that sort of thing, please take a moment to check out the Kickstarter for it.

Usually, my criteria for calling a game excellent is if I can play it a dozen times without getting bored. Splendor, a fairly light and fast game, still surprises me on occasion when someone tries a new strategy and it actually works (yeah…I lost again). Dominion creates a new game every time you play, randomly providing new sets of cards to choose from. Stone Age gets played a lot in my house, too, with a number of interesting strategic directions you can take, as does Lords of Waterdeep. In Istanbul, the board changes every game, altering your plans as you try to gain an edge in the bazaar (as you might guess, I tend toward the lighter, 1 hour games).

This is an important design consideration when you’re making a game. Is it different each time you play? Is there more than one vector to victory? Are those vectors balanced? We spent a long time during our own design process making sure that these were addressed. In Energy Empire, you can try to hog the United Nations track. You can try to maximize your power plants to create energy to power your factories. You can concentrate all your energies building your industrial buildings, ignoring the commerce and scientific sectors. You can try to build the perfect game-engine, each card supplementing the others. It’s a new story every time.

Make the Value of Entertainment Worthwhile

If your own game design bores you after a couple of plays, then it’s not going to do well in the market. You might shelve it like that book or DVD you just finished, or work on your design to expand your world to a point where the players have real options to explore. Make their investment worthwhile, immerse them in the world so they can share the excitement of discovery together, while competing with each other for the best collection of power plants or Martian colonies. Give your players the bargain they expect when they invest in a game.